Remembrance Day is marked annually to mark the end of the First World War
on 11 November 1918.

Pupils and staff at Afon Tâf commemorated Remembrance Day by raising money for the Poppy Appeal, holding a virtual assembly created by a group of Year 8 pupils and by conducting our very own Remembrance Service, including a ‘two minute silence’ to commemorate all those who have been affected by war.

The photographs show staff and pupils congregating at the front of School to take part in the ‘two-minute’ silence at 11:00am on the eleventh day, of the eleventh month whilst the ‘Last Post’ was played by our Head of Music, Mr Coombes. A small display of Poppies made by our pupils which signify respect for all those who fought in WWI and all conflicts after it, can be seen in the foreground. 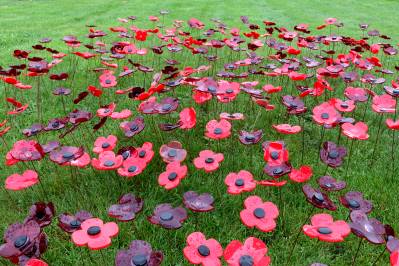 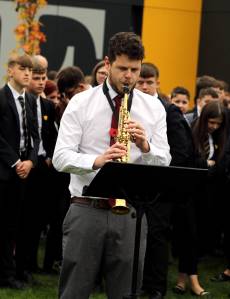